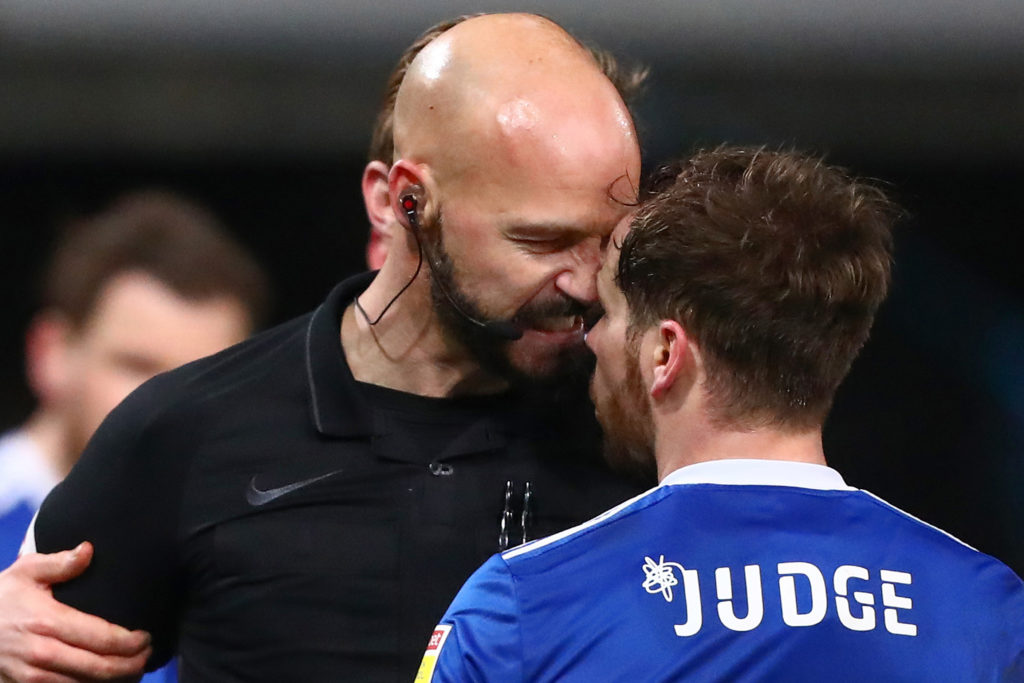 It is not often that you see referees allow the heat of the moment to get to them but that certainly happened on Tuesday night when Ipswich Town hosted Northampton Town.

Fans have been left stunned by a video that has gone viral where Ipswich midfielder Alan Judge received a booking from referee Darren Drysdale as the former Brentford star hurled some abuse at the man with the whistle during the game.

Just moments before the card was brandished the yellow card, Drysdale appeared to square up Judge as shown in the clip below.

Perhaps this was the case of the events being all too much for the referee who had the final laugh when sending off Ipswich’s Flynns Downes in the 93rd minute of the 0-0 draw at Portman Road.

Referee Darren Drysdale appeared to square up to Alan Judge before booking the Ipswich player in their goalless draw against Northampton this evening. pic.twitter.com/ZexMTxYIx7