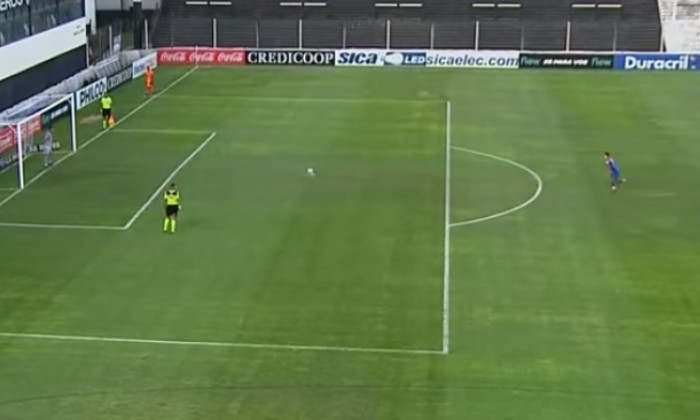 There is a long list of poorly taken penalties in football history but Gonzalo Coronel may have just topped the charts with this awful effort on Sunday.

In a first-round Copa Argentina clash, Atlanta and Villa San Carlos had already played out a goalless draw and at 3-3 with all penalties scored in the shootout, Coronel had to accept his fate eventually with arguably the longest run-up for a spot kick that we’ve seen.

Rodrigo Benitez had all the time in the world to deny Coronel as the youngster making his debut will be having nightmares for quite some time as San Carlos won 4-3 on penalties.