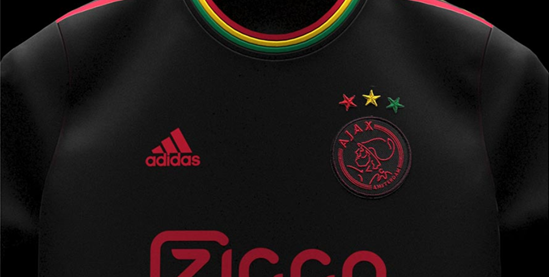 Ajax continue to produce iconic jerseys and next season will be no different as the club’s third kit for the 2021/22 campaign will be inspired by Bob Marley.

That’s according to FootyHeadlines, who report that Ajax are paying tribute to the reggae pioneer and his ‘Three Little Birds’ song which the club has adopted as their unofficial anthem.

According to the usually well informed FootyHeadlines, this will be Ajax 3rd kit for the 2021/22 season, paying tribute to Bob Marley who’s song “Three Little Birds” has become an “unofficial” anthem among the fans and in the stadium for many years. pic.twitter.com/yYzvGfPQzV