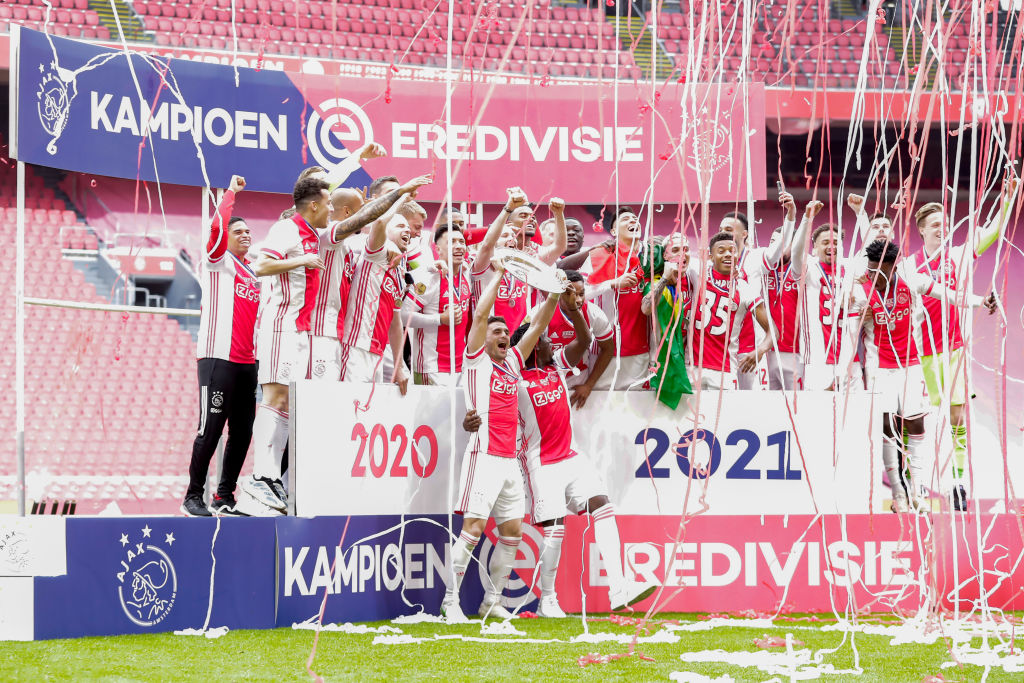 Ajax have rewarded season ticket holders for their loyalty, dedication and patience during the coronavirus pandemic by melting their Eredivisie trophy into 42,390 silver stars.

The trophy was melted into a liquid substance tin before this was collected in a mold with the material weighing a whopping 2575 grams. This was then measured, supplemented and molded to form the shape of the stars.

The stars were then cast, cut and polished as each star weighs 3.45 grams, containing 0.06 grams of the trophy.

Speaking on this fantastic gesture that commemorates Ajax’s 35th league title, the club’s general manager Edwin van der Sar told the club’s website: “This season, we have largely had to play without our fans. Well, without them sitting in the stands, at least.

“Despite this, we have felt their support every week. On the way to the stadium, on social media and in our personal contacts.

“Previously, when we said “this title is for you”, we were expressing how we were doing it for the fans however sharing the trophy is the ultimate proof that we really are.

“After a turbulent year, we are ensuring our fans feel part of our championship.”

Ajax will be awarded a replacement Eredivisie trophy by the Royal Dutch Football Association so that the silverware can still have a place in their cabinet.